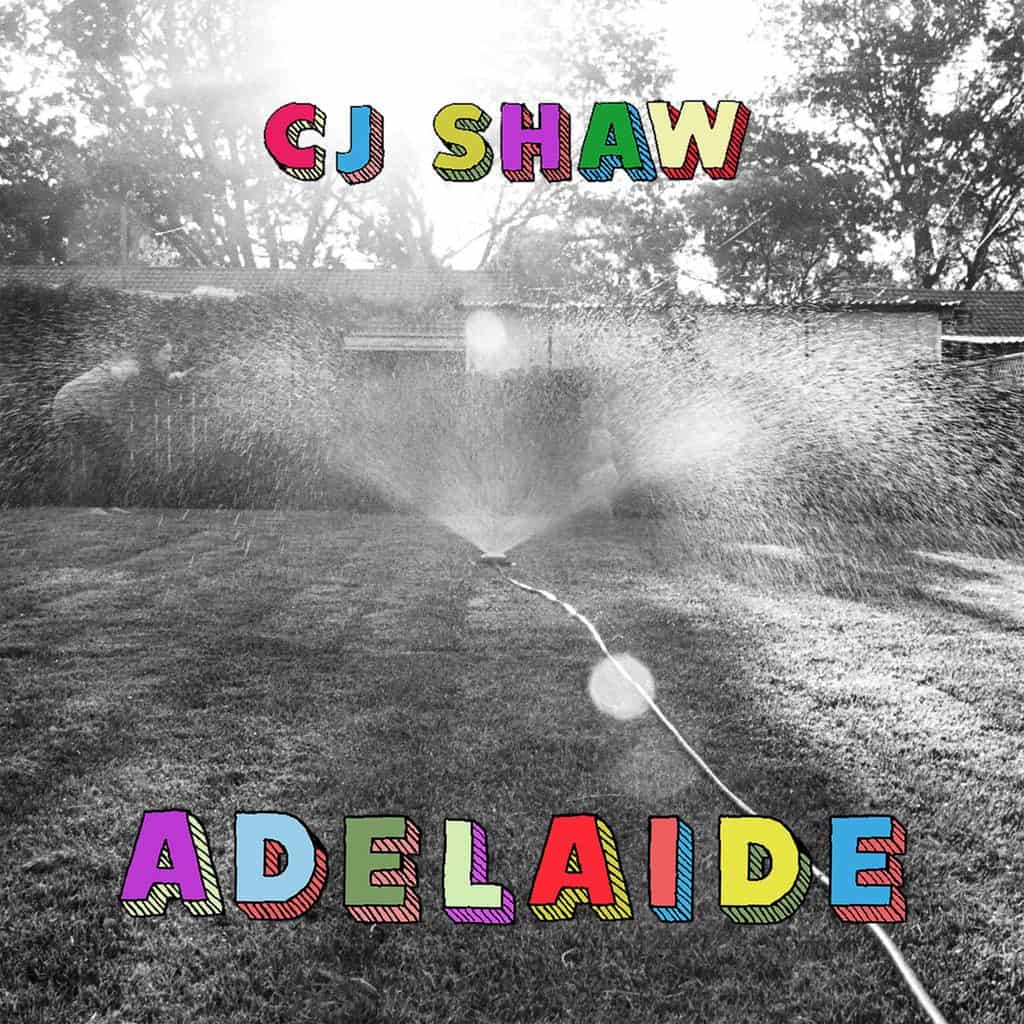 ‘Adelaide’ is my newest single, taken from my forthcoming album ‘All Sorts’.

This story telling song follows the enchanting day which saw the arrival of my first child, Adelaide. The rain tumbled down in Canberra, soaking the city and filling the drains as he marvelled at the magic of becoming a first time parent.

As the song suggests the natural world that surrounds, the animals and birds as well as the gardens and trees were reborn as the result of the 60mm that fell in just under an hour.

This is a song that celebrates renewal and new life.

This song is part of a new body of work on an album called ‘All Sort’. Having worked as a music teacher in a primary school for 5 years I’ve started to create songs that can appeal to both adults and children alike. ‘Adelaide’ is an example of these songs that are relatable and captivating for young and old listeners. With ‘All Sorts’ I am imagining that every member of the family will have a different favourite song- such is the playfulness and accessibility of the album.

The ‘Adelaide’ video clip channels the work of renowned Australian animator Yoram Gross of ‘Blinky Bill’ and ‘Dot and the Kangaroo’ fame. With the help of renowned Sydney video-artist Harley Ives I created a childlike narrative that follows the song’s lyrics by combining footage of Canberra and animations of Australian wildlife. All up the clip took around 9 months, including 6 months of hand-animating between the hours of 5 and 7 am each morning before heading off to teach.

‘Adelaide’ is a childlike story of new life that will bring a smile to your face and a tear to your eye.

My new album ‘All Sorts’ (which the single Adelaide is taken from) is easily my favourite work at this point in time.

I started working on the recording a few years back, however since my song ANZAC Biscuits gained over 30 000 views on social media in 2019 and evaluated in an ARIA nomination for Music Teacher of the Year 2020 I put most of my time and energy into recording a very special set of songs that can appeal to children and adults alike.

Having spent over twenty years as a songwriter and performer, ‘All Sorts’ allowed me to draw on my back catalogue that I’ve been performing at folk clubs and festivals for years. I love that ‘All Sorts’ is an album for the modern eclectic times, containing poignant storytelling, songs of fatherhood, hip-hop, satire and traditional folk. It’s an album that everyone can connect to.

Building on the strength of my ARIA nomination, I was able to collect some of the best players and composers to help make the new album. The lineup notably includes international composer Allyson Newman who brings her incredible arrangement skills to the song ‘Lonely Road’. I was also lucky enough to include Canberra Symphony Orchestra players Steven Fitzgerald, Alex Voorhoeve and Timothy Wickham, whose skills added depth and precision to the songs.

I love that  ‘All Sorts’ brims with life and vitality, drawing in audiences of all ages, so much so I am dubbing it the ‘ultimate family album’.

My sound is best described as a piping hot Sizzler bain-marie, complete with desert and salad bar.

Every flavour of food you could possibly want is there. Plus the kids will eat without any worries.

And, best of all, everyone gets fed for a reasonable price.

My first ever regional tour was pretty memorable.

I hooked up a trailer to my push bike and rode from Sydney to Melbourne along the Great Dividing Range. Along the way I would stop at a town and, unannounced, go into the pub and ask if I could play a show in return for a room and a feed.

The tour took 18 days to complete and along the way I played some incredible shows, just me and a guitar and an assortment of locals. Highlights include a show at the Aboriginal Tent Embassy in Canberra, where the audience sat around the campsite listening to the music.

That’s a tough one. Other artists are a great source of inspiration. I love hearing what new songs are coming out.

Apart from that I guess words inspire me. The way they sound coming off the tongue, the way they sound bunched up against other words, the way they paint pictures to the listener.I guess I have a poet’s ear in some sense as I am constantly drawn to assonance and onomatopoeia when composing.

I enjoy keeping an ear out for words. I’ve got a book I keep on me at all times in case I hear a certain set of words that I want to remember. Often these little snippets of language find themselves in my songs.

One example from ‘Adelaide’ is the term “storm cell”. I heard it on the ABC one morning during a weather report and wrote it down for future reference. Sure enough when writing ‘Adelaide’ I pulled it out of the book and put it in the song.

‘Please Don’t Ask Me to Smile” by Tim Rogers taken from You Am I’s great record Hourly Daily.

This song is an example of a ‘word to emotion’ ratio. Tim’s words are sparse with nothing out of place yet the feeling he gets from those perfectly delivered lyrics make the hair stand up on end.

It also has a special place in my heart, as it was the first song I ever played live back in 1999, at a mate’s 18th birthday party.

The album, ‘All Sorts’ drops on the 17th of September so that will keep me busy.

After that, later in the year I commissioned some incredibly talented filmmakers ‘Eleanor and Giovanni’ from Canberra to create a stop-motion video clip for my song ‘Ain’t Many Like Lennie’. It’s the story of Lennie Gwyther, a 9 year old boy who rode his horse to Sydney to watch the opening of the harbour bridge in 1932. I am super excited by this, as they are incredible artists and going to great lengths to create a memorable video clip that honours Lennie’s incredible adventure.

My scene is a songwriter scene. I love being around song writers, sharing ideas and new songs with each other. Nothing makes me happier than a group of friends and a half dozen guitars.

I am very lucky to be in Canberra as there is a thriving singer songwriter scene as well as plenty of intimate venues for you to go to hear new songwriters. 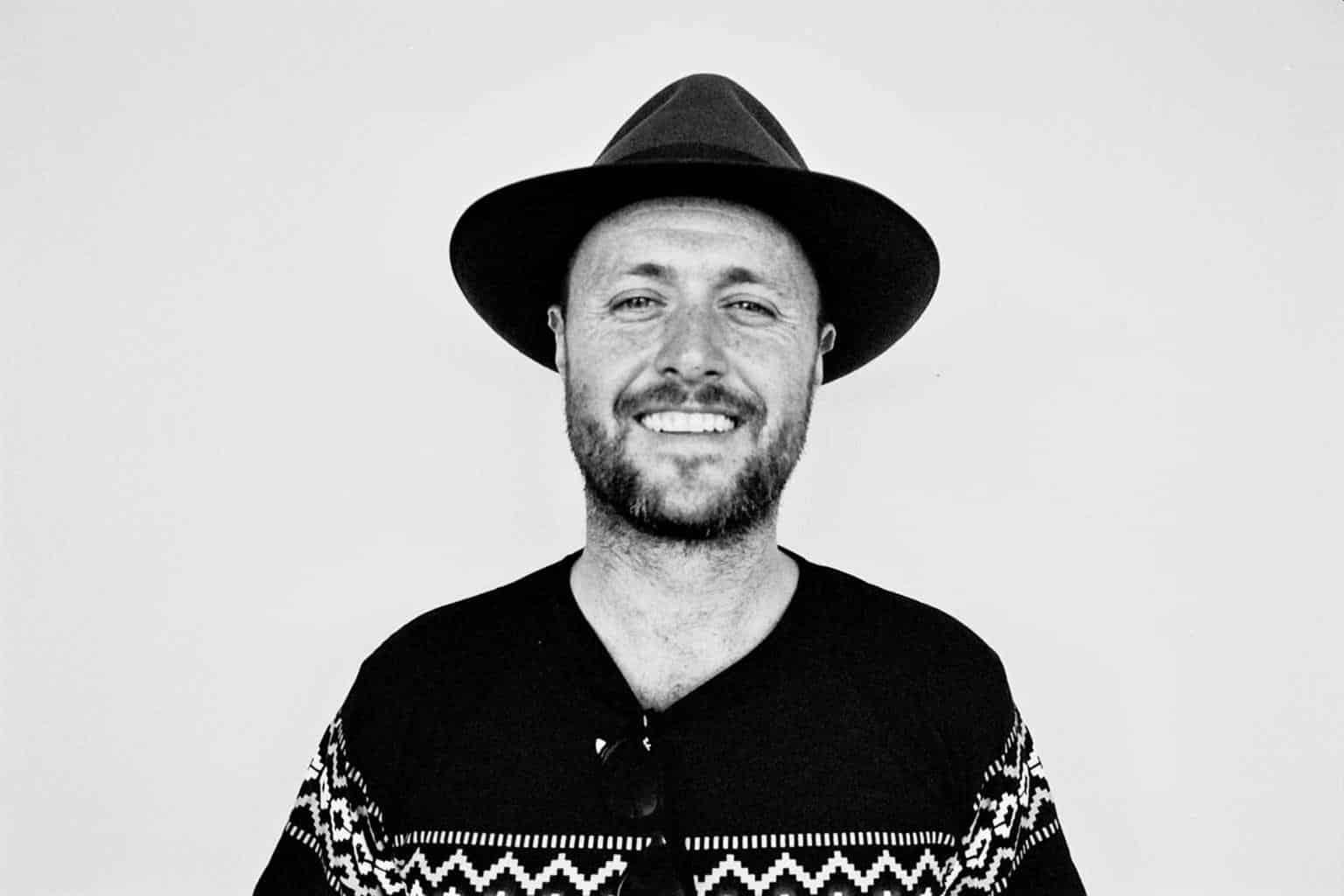 Armed with a guitar and a swag full of harmonicas, singer-songwriter CJ Shaw’s intricate finger-picking, word play and storytelling never fails to captivate his audiences.

CJ Shaw’s music is distinctly Australian in style, influenced by Paul Kelly and Slim Dusty. His lyrical storytelling and musicality lends itself to audiences of all ages.

In 2020, CJ Shaw was nominated for an ARIA Award for ‘Music Teacher of the Year’ with Jimmy Barnes as his official ambassador presenting him with the nomination.

This prestigious music industry acknowledgement recognised his dynamic and poignant songwriting for primary-aged children. These celebrated songs are woven through his performances and albums, played alongside satirical and storytelling Australiana songs.

In 2021 CJ Shaw is due to release his album ‘All Sorts’. Combining the best of his children’s songs with his unique brand of contemporary Australiana, Shaw has dubbed ‘All Sorts’ “the ultimate Family Album”.

With over a decade experience touring and performing at music festivals in Australia and Timor-Leste, CJ Shaw is an exciting Canberra musician at the top of his game.

Grab your copy of Adelaide here
Stream: Spotify
About Mary Boukouvalas 1486 Articles
Mary is a photographer and a writer, specialising in music. She runs Rocklust.com where she endeavours to capture the passion of music in her photos whether it's live music photography, promotional band photos or portraits. She has photographed The Rolling Stones, KISS, Iggy Pop, AC/DC, Patti Smith, Joe Strummer, PULP, The Cult, The Damned, The Cure, Ian Brown, Interpol, MUDHONEY, The MELVINS, The Living End, Foo Fighters, Smashing Pumpkins, Rage Against The Machine, The Stone Roses –just to name a few - in Australia, USA, Europe and the Middle East. Her work has been published in Beat magazine, Rolling Stone magazine, Triple J magazine, The Age Newspaper, The Herald Sun, The Australian, Neos Kosmos, blistering.com, theaureview.com, noise11.com, music-news.com. She has a permanent photographic exhibition at The Corner Hotel in Richmond, Victoria Australia.
Website Facebook Twitter YouTube

Crowds swarmed with high spirits to see Melbourne’s own Tash Sultana play at 170 Russell on Wednesday night. The one-woman band illuminated the venue on her headlining show, which was perfectly complemented by two similarly […]

Tell Us About Your New Single/Album/Tour My current single is entitled “Build You Up (To Cut You Down)”, which is from my album “Two Lucky Stars”, which I will be doing a 10-show launch tour […]

I am a simple man. My scene is simple. I like playing metal and spending time with my family.
Waclaw ”Vogg” Kieltyka, Decapitated
Anywhere there is good company, great conversation, and a glass of red.
Helen Perris
My family, my friends, my home.
Cory Putman, Norma Jean
Our scene is in the city of Bath, a small city with a very big musical identity, we play the British festivals and I am also in the ’choirs scene’. We are also in other bands for fun, music all the way, roll on summer!
Su Hart, Baka Beyond
Hiking a 14K foot mountain in Colorado
Cole Washburn
I think my style is more just making cameos in everyone else’s scene.
Mojo Juju
Quirky cabaret bars that serve a mean G&T and boast a stellar cocktail list..which is why you’ll always find me returning to The Butterfly Club! I also love the buzz of a Fringe or Cabaret Festival, or a smart Opening Night. Any excuse for a dress up, really!
Amelia Ryan, Lady Liberty
Yass KFC
Simon, Loon Lake
Wherever there is music is where I feel most at home
Toby Robinson
Well these days my scene tends to revolve around my computer and being nudged by my dog to take her out for a walk. And then having my wife shout at me for spending time on my computer. I’m loving it actually. I’m quite relishing that scene. I miss them both very much.
Peter Hook, Joy Division/New Order/The Light
I will continue the continuum, singing my Songline.
Kutcha Edwards
Flanelette pyjama pants.
Timberwolf
Any scene with Al Swearangen & Mr. Wu from the show Deadwood ;)
Mathas
The TV show “Full House
World Wild
Deep 70s disco, wonky synths, shady lyrics, fairy lights and cheap wine.