Cross-dressing, TED-talking and all-round Versatile Bitch to grace the stage at The Butterfly Club 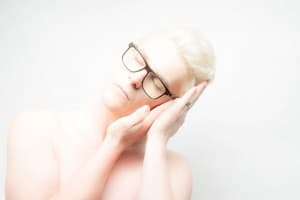 Accomplished actor, award-winning filmmaker and stand-up comic Jonathon Duffy is no stranger to the performing arts. His impressive range of skills and experiences have made him one Versatile Bitch – and this Midsumma Festival he is bringing these skills and qualities to bare in a one-hour cabaret show.

As a child Jonathan Duffy had dreams of one day becoming a leading man. Now in his early-mid-to-late-twenties, he has realised that waiting is no longer an option, so he’s written himself into the leading role in his debut cabaret, Versatile Bitch.

Reflecting upon the many facets of his artistic career (actor/singer/film-maker/public speaker), Versatile Bitch see’s Duffy effortlessly assuming his natural role: The Chameleon.

The one-hour tour-de-force showcases the many skills Duffy has attained in order to pay the bills. From playing women – to speaking at TED, he has learned that being a chameleon is the greatest skill he has in the quest for success. With a killer canon of songs, matched by fabulous dance and raucous humour, Versatile Bitch is destined to be the hit of the 2015 Midsumma Festival.

Versatile Bitch opens on the 20th of January and runs for 6 nights. Bookings recommended.

*Diary of a Power Pussy* Fancy yourself a fierce feline? Well, it’s time to grow a vagina! Produced and starring Melbourne’s own cabaret powerhouse Sophie deLightful, and featuring a rotating list of special guest performers, […]

Q&A Tell us about your new single/ album/ tour? Paul Culliver Controls the Media is a news comedy quiz show that will pay due deference to the satire and news comedy legends of past. While […]

Swipe Right to provide voyeuristic insight into the hilarious world of modern love and (mis)communication. An old man and a 17 year old girl meet on a park bench and try to communicate about love, […]

The car wash scene from Cool Hand Luke will do just fine thank you.
Old Gray Mule
Leadfinger is a very strange band, hard to define, but we are free.
Stew, Leadfinger
Staying home out of harms way.
Peter Milley, Cairo Club Orchestra

Act III, Scene VI of King Lear. A tense and gripping scene wherein the ageing king informs his three daughters that they have all been accepted as contestants on Family Feud.
Ben Pobjie, comedian
My scene is driving fast cars and shooting guns.
Ace Frehley
My scene is Brunswick. I love it. It provides me with just about everything I need.
About Charlie Marshall

Flanelette pyjama pants.
Timberwolf
I have no idea what my scene is; I have been listening to Dubstep and a bit of Drum N Bass. I found a lot of Hip Hop and RnB stuff is getting very interesting again it is pushing different sounds out. I’ve been really into cycling since the early ‘90s; racing mountain bikes and racing road bikes. So between cycling and music there is not much time left, a bit of sleep now and again.
Mike Edwards, Jesus Jones

Currently its the Yarra River Trail I’m walking along. Generally my scene would be Melbourne. Nothing feels or compares to home.
Simon McConnell, The Delta Riggs
I like to think that I belong to the head-strong Independent Music Scene – where we – musos and audience and everyone in between – all make gigs/tours, recordings, releases happen for ourselves and work our arses off to keep it going for the rest of our lives – all for the love of Music!
Florelie Escano
Ep. 1 Series 3 of BBC’s ’Sherlock’ where Sherlock bungee jumps through a window and kisses Molly Hooper.
Miss Adelaide Everheart from Early Burley Burlesque

Well I’m still looking for my scene, and I think I might have found it. Between the pages of What’s My Scene Magazine.
Dave Faulkner, Hoodoo Gurus
Quirky cabaret bars that serve a mean G&T and boast a stellar cocktail list..which is why you’ll always find me returning to The Butterfly Club! I also love the buzz of a Fringe or Cabaret Festival, or a smart Opening Night. Any excuse for a dress up, really!
Amelia Ryan, Lady Liberty

Right now it’s a room with no lights on. An unmade bed. A laptop with 9% battery and a mosquito that just refuses to die.
Dave Larkin, Dallas Crane
All of the above and more in my shed every Friday night
Hound

Going to the river on sunny afternoons with the blow up dingys and resting your beers on lily pads.
The Frowning Clouds
No set scene. We have played with a variety of bands from King Parrot to The Datsuns. Offer us a show and give us a try!
Los Hombres Del Diablo

Cool small bars with good food, good wine, good company
The Backsliders
That’s a hard one, although I do love anything electronic with an indie-pop feel!
Franki

I love being on a little boat near home in South West Victoria with a fishing line in the water, the Sun coming up or going down. I also love walking the streets of Melbourne or Manhattan or many of the beautiful towns and villages of Ireland or anywhere. My partner and my family are central to it all. I also love being in the midst of a great music session, anywhere, anytime, being transported into the soul of the Universe.
Shane Howard
I’m in with the Out-Crowd
Dave Warner
“Malcolm Hill is a lifetime member of the Melbourne Music Mafia and part of the ratpack of post punk Melbourne artists who have been keepin’ it real across diverse art forms for thirty years.”
Malcolm Hill