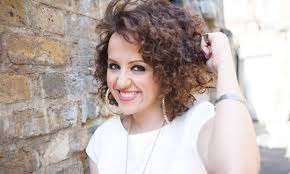 Omielan – currently performing her critically acclaimed smash-hit debut stand up show What Would Beyonce Do?! in Melbourne – uploaded the clip to her Facebook page on Thursday. In the five days since it has amassed nearly 8 million views

Omielan is ecstatic with the huge response. “I feel so happy and excited that the clip has gone viral, its indicative of how socially we are craving for something positive, reasons to feel good about ourselves,” she said.

[pullquote]“There is too much self loathing and in comedy, its traditional to be mean, I am really excited, that as an unknown comic, one of my jokes has hit a chord and its been seen by millions. It’s just amazing.”[/pullquote]

Born from ‘falling in love with every Mr Unavailable’ and, like Beyoncé, still being styled by her mum, Omielan wondered if she couldn’t dance or sing, but was still a diva, when life gave her lemons, ‘What would Beyoncé Do?’. Her show, which will travel to Sydney Comedy Festival when it concludes it’s MICF season, has been phenomenally successful overseas after she by-passed the usual UK club/progression route and cultivated an audience of her own. When she first performed the show under her own steam in a small, unfunded venue at the Edinburgh Fringe a few years ago, it was a sell out. It has since sold-out five re-runs at London’s Soho Theatre. It remains one of the most successful breakout shows to emerge from the Edinburgh Fringe Festival.

London-based Omielan is a stand up, improv and actress who has been performing on the London circuit since 2008. A voracious worker, Omielan has performed 11 shows at the Edinburgh Fringe in the past five years.

Tell us about your latest album/ tour? Wounded Fool single release – VIC tour      What’s your favourite work at this point in time? (your own or your group’s work)  The music video […]

Estimated crowds of between 550,000 and 600,000 visited Melbourne last night to experience the fifth iteration of White Night Melbourne, Australia’s most celebrated cultural and creative event.  Melbourne turned on a cool and clear evening […]

Tegan Voltaire, The Voltaire Twins
Fuck the Fucking Scene question! xo
Fuck The Fitzroy Doom Scene
Yass KFC
Simon, Loon Lake
My scene is at the moment Big Wongs General Tsos Chicken as I get sauce on the keys typing to you :-)
Brian Mackey
I’m in with the Out-Crowd
Dave Warner
Wherever there is music is where I feel most at home
Toby Robinson
Sitting in the sun, in a nice chair, with a good book.
James Reyne
Act III, Scene VI of King Lear. A tense and gripping scene wherein the ageing king informs his three daughters that they have all been accepted as contestants on Family Feud.
Ben Pobjie, comedian
It’s Thonbury. It’s my dreaming. I’ve lived here 30 years and it’s evolved with me. The more I drink wine, the more wine bars appear in the neighbourhood. The more I eat, the more cafes appear in the neighbourhood. Fantastic.
Denise Scott, Comedian
My scene is finding any excuse to dance with my 2 year old daughter Ruby.
Matthew Hardy, Comedian
Obviously to create music. My family. I love driving my Ferraris.
Yngwie Malmsteen
All the kids who weren’t cool at school and still aren’t. Those people who didn’t manage to become awesome artists and uber hip performers. The raggy dolls who never found a way to make their raggy doll-ness work for them.
Jonathon Duffy
I am a simple man. My scene is simple. I like playing metal and spending time with my family.
Waclaw ”Vogg” Kieltyka, Decapitated
I just do my best to live a life full of the things I love. Rock’n’roll, photography, New York City – they are three things right there that I love a lot!
Paul Miles
Hiking a 14K foot mountain in Colorado
Cole Washburn
Ep. 1 Series 3 of BBC’s ’Sherlock’ where Sherlock bungee jumps through a window and kisses Molly Hooper.
Miss Adelaide Everheart from Early Burley Burlesque
Quirky cabaret bars that serve a mean G&T and boast a stellar cocktail list..which is why you’ll always find me returning to The Butterfly Club! I also love the buzz of a Fringe or Cabaret Festival, or a smart Opening Night. Any excuse for a dress up, really!
Amelia Ryan, Lady Liberty
The car wash scene from Cool Hand Luke will do just fine thank you.
Old Gray Mule
Art is my scene. No labels, restrictions or judgement. I love art in all it’s varied glory.
The Last 5 Queers
Alice likes the Google. Sime likes taxidermy. It’s a pretty happening scene.
Sweet Jean
Going to the river on sunny afternoons with the blow up dingys and resting your beers on lily pads.
The Frowning Clouds
Bed. Pringles. Whisky. Attenborough doco. Wham.
Marlon Williams
World/folk. Acoustic and proud of it!
Ilana Cravitz, The London Klezmer Quartet
My scene is a Punk-hardcore scene or an underground, minimal electronic scene, something grungy – where everyone is wearing black. That’s my vibe; don’t go out until 11 when all the other vampires come out and go home when the sun comes up at 7. Oh shit. Creatures of the night.
Greg Puciato, Killer Be Killed & Dillinger Escape Plan
The Astor Theatre on chapel st. Old cinema with copious amounts of atmosphere playing classic films (Chaplin, Gene Kelly, Kubrick, etc) and me with a honeycomb choc top spilt on my Tshirt because that’s just how I roll.
Jude Perl, Comedian
Leadfinger is a very strange band, hard to define, but we are free.
Stew, Leadfinger