Vale Chester Bennington. Suicide is an atrocious way to depart. Loved ones never recover…ever. Who knows what makes people believe that everyone would be better off without them (or whatever it is that makes people kill themselves)? I can say with good authority that we aren’t better off without Chester, Chris, Robin or any of the people who are thinking of taking their own lives today. Don’t do it…get help.

Thank God we have music. Music accompanies all of our biggest and most important ceremonies. It is a great healer and a way to vent, a great way to bond and a catalyst for tears of release. In music there is energy and joy, frustration and sorrow, anger and every other emotion you can think of. This brings us to this week’s music news.

No doubt if you love Cradle of Filth, you have already pre-ordered their new album Cryptoriana – the Seductress of Decay, featuring yet more cover artwork prime for the ghoulish home gallery. The new video release for the track ‘Heartbreak and Séance’ is all at once visually otherworldly, disturbing and fascinating. The track itself wends its way through several ‘movements’…each one distinct but linked by the lyrics themselves. This L.P. promises to be something special. It’s out on September 22nd via Nuclear Blast.

Technically a punk band, German unit Itchy have melded the punk sound with heavier instrumentals to come up with what I would call ‘dirty metal’. (Like a dirty chai but not involving foodstuffs.). Itchy could quite easily win a spot on mainstream radio with their slick sound. Their 7th studio album All We Know is out on their new label Arising Empire/Nuclear Blast.

Yet another ‘dirty metal band, Nine Inch Nails have coughed up a new E.P. Out via Caroline Australia, Add Violence holds five tracks that are basically headfucks – in a good way. Listen to ‘This Isn’t the Place’. It’s ambient, base, beautiful, electronic, industrial and dark.

Rex Brown, best known as the bassist for Pantera has released his third single from the new album Smoke on This (out via Entertainment One Music on July 28th). Titled ‘Buried Alive’, the immediate impression is that Jeff Martin from Canada’s The Tea Party is playing the opening bars. Soon however, the exotic guitar sound gives way to the familiar heavy instrumentals as Brown’s vocals step in. It’s good to hear something interesting and this track provides more than straight up Pantera style metal.

If you live in Brisbane and you love your music loud, then your wildest dreams have come true. On Saturday July 29th Dead Entertainment, 4zzz, Supercrazy and Beats Cartel presents ‘Dead of Winter’, ‘featuring The Bennies, The Meanies, The Porkers, Dallas Frasca, Hollow, Whoretopsy & Night Gaunts (NZ) in amongst 50 bands plus sideshows, freak shows & markets.’ Considering the number of bands and other entertainments, the tickets are amazingly inexpensive.

Let’s all hope next week is filled with more brilliant music news and zero tragedies. Peace brothers and sisters. 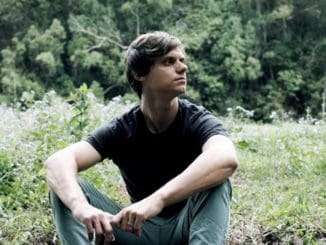 Q&A Scene: A HITCH TO THE STICKS Special: Tay Oskee