WATERPARKS SHARE
I MISS HAVING SEX BUT AT LEAST I DON’T WANNA DIE ANYMORE: LIVE IN THE UK

FROM FORTHCOMING LIVE ALBUM AND CONCERT FILM FANDOM: LIVE IN THE UK 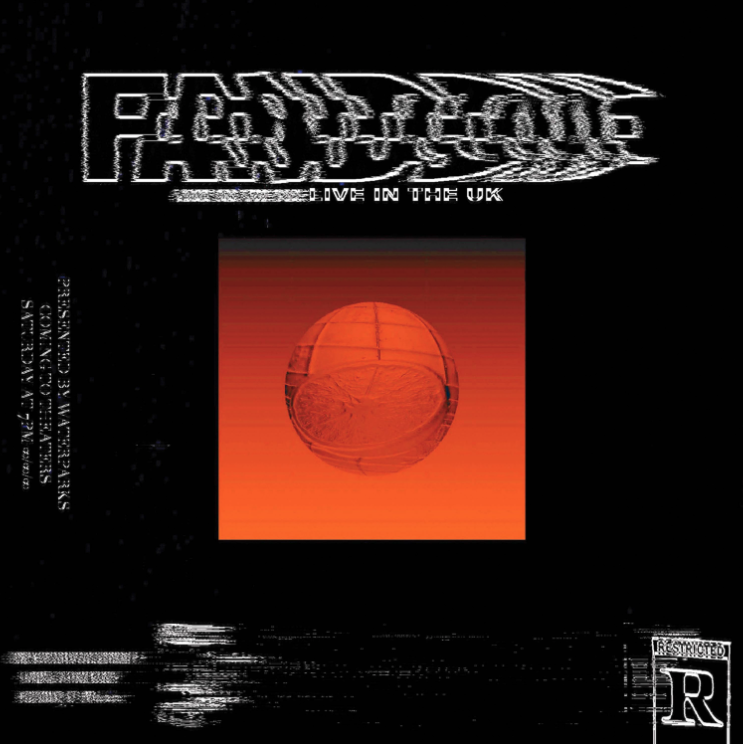 Waterparks have released the live video for “I Miss Having Sex But At Least I Don’t Wanna Die Anymore” from their forthcoming live album and concert film FANDOM: LIVE IN THE UK. Fans can watch the video and pre-order the CD + Blu-Ray DVD bundles at: http://smarturl.it/FANDOMLIVE

FANDOM: LIVE IN THE UK was recorded and filmed in January of this year at O2 Academy in Birmingham, UK at a sold-out show on the FANDOM Tour. Executive producers Awsten Knight and Jawn Rocha utilized practical and special effects to create an other-worldly experience that is both euphoric and intimate. Frontman, Awsten Knight, shares “I’ve always wanted Waterparks to have a live concert DVD because I used to love watching them from other bands so much. The thing is, I wanted to approach it differently and try to make it into more of an art piece rather than strictly documentation of a night. As a co-director, I wanted it to be like an IMAX Waterparks show but in an alternate universe and so every song is warped out and stylized to look how it feels to me while we’re performing. It took us 6 months of editing daily to create what we consider an innovative/abstract experience while still remaining cohesive and thoughtful. Order a physical copy when they drop because I designed the inside/outside of the packaging and it looks so tight, bless you and stay safe.”

FANDOM: LIVE IN THE UK is being released as a full live album and as an HD concert film that celebrates last year’s wildly successful FANDOM – which debuted at #3 on the US Top Albums Chart. The release features hit singles “Dream Boy” – which charted on Sirius XM Hits 1 and the Pop Radio chart – and the ultra-rare mashup medleys of their previous albums, ‘Double Dare’ and ‘Entertainment’.
Waterparks is Awsten Knight (vocals, guitar), Geoff Wigington (guitar, vocals), and Otto Wood (drums, vocals). Last year, they released FANDOM, their most successful album to date. FANDOM made an impressive debut on the Billboard Top 200, charting #1 Alternative Albums, #2 Rock Albums, #2 Indie, and #3 Top Current Albums. The record was produced by Zakk Cervini (Poppy, Yungblud, nothing, nowhere).
Since the release of their debut album Double Dare, the band has remained on the road, touring with the likes of ONE OK ROCK, All Time Low, Sleeping With Sirens, Good Charlotte, and more. The band has been featured on the covers of magazines such as Alternative Press, Kerrang! and Rock Sound.

Currently its the Yarra River Trail I’m walking along. Generally my scene would be Melbourne. Nothing feels or compares to home.
Simon McConnell, The Delta Riggs
I like to be out in the nature, to get away. Go to the woods. My dad lives in the woods. Maybe once or twice a year I don’t have phone reception there is no Wi-Fi
Fredrik Åkesson, Opeth

When I’m not working in the studio or doing shows I’m at home with my partner and our baby so I guess they are my scene.
Way of the Eagle
I like to think that I belong to the head-strong Independent Music Scene – where we – musos and audience and everyone in between – all make gigs/tours, recordings, releases happen for ourselves and work our arses off to keep it going for the rest of our lives – all for the love of Music!
Florelie Escano
Hiking a 14K foot mountain in Colorado
Cole Washburn

Going to the river on sunny afternoons with the blow up dingys and resting your beers on lily pads.
The Frowning Clouds
Scones, savory, sweet I don’t mind
The Wooden Sky

Well I’m still looking for my scene, and I think I might have found it. Between the pages of What’s My Scene Magazine.
Dave Faulkner, Hoodoo Gurus
I just do my best to live a life full of the things I love. Rock’n’roll, photography, New York City – they are three things right there that I love a lot!
Paul Miles