SABATON recently released a new live version of the album track ‘The Attack Of The Dead Men’ featuring RADIO TAPOK, which was physically released on July, 10th.

SABATON today present a new video for their The Great War album track ‘Devil Dogs’, featuring live impressions and memorable moments from their “The Great War” World Tour. ‘’Filmed during our last tour in North America, this video really shows how good the vibe is in the audience when we play. Young and old people singing together and jumping along to our songs every night. I think anyone can see that we love what we do and we cannot wait to do it all over again’, says Pär Sundström.

SABATON’s latest album, The Great War, was released in 2019 and it hit the #1 in the charts in various countries including Germany, Switzerland and Sweden and # 7 in Australia! The record has been lauded by fans and critics since its debut on worldwide charts last summer, and features numerous colossal singles like ‘Great War’, ’82nd All The Way’, ’The Red Baron’ and ‘Fields of Verdun’. 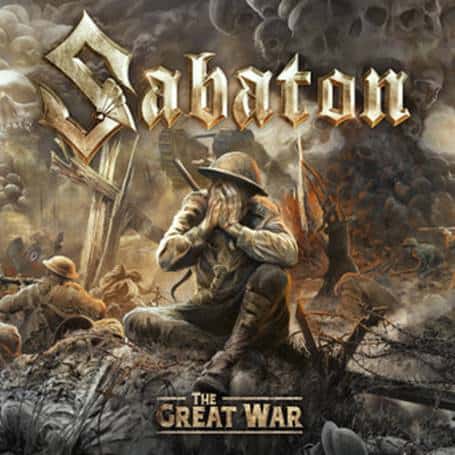 We can be dirty, we can be imperfect, we can be classy, it doesn’t matter. We drift between scenes and eventually may just create our own.
The Ugly Kings
That’s a hard one, although I do love anything electronic with an indie-pop feel!
Franki
Act III, Scene VI of King Lear. A tense and gripping scene wherein the ageing king informs his three daughters that they have all been accepted as contestants on Family Feud.
Ben Pobjie, comedian
World/folk. Acoustic and proud of it!
Ilana Cravitz, The London Klezmer Quartet
I like to be out in the nature, to get away. Go to the woods. My dad lives in the woods. Maybe once or twice a year I don’t have phone reception there is no Wi-Fi
Fredrik Åkesson, Opeth
My scene is finding any excuse to dance with my 2 year old daughter Ruby.
Matthew Hardy, Comedian
Art is my scene. No labels, restrictions or judgement. I love art in all it’s varied glory.
The Last 5 Queers
Hiking a 14K foot mountain in Colorado
Cole Washburn
Right now it’s a room with no lights on. An unmade bed. A laptop with 9% battery and a mosquito that just refuses to die.
Dave Larkin, Dallas Crane
I am a simple man. My scene is simple. I like playing metal and spending time with my family.
Waclaw ”Vogg” Kieltyka, Decapitated
Any scene with Al Swearangen & Mr. Wu from the show Deadwood ;)
Mathas
Our gigs have an air of danger and sex. Beautiful women are free to express themselves and are as dangerous as hell. Everybody can have a good time ’cos there’s a lot of love in the room and we just can’t help but stomp out that primeval swamp boogie ooze.
Chris Russell’s Chicken Walk
Cool venues with good beer on tap that don’t mind us getting loud and getting room grooving so hard you feel the floor shaking.
Papa G and The Starcats
Rock’n’Roll
About Heels on Decks
Yass KFC
Simon, Loon Lake
Obviously to create music. My family. I love driving my Ferraris.
Yngwie Malmsteen
No set scene. We have played with a variety of bands from King Parrot to The Datsuns. Offer us a show and give us a try!
Los Hombres Del Diablo
Quirky cabaret bars that serve a mean G&T and boast a stellar cocktail list..which is why you’ll always find me returning to The Butterfly Club! I also love the buzz of a Fringe or Cabaret Festival, or a smart Opening Night. Any excuse for a dress up, really!
Amelia Ryan, Lady Liberty
What’s my scene? well…
And another thing I’ve been wondering lately
Oh, baby,
Tell me where have you been?
Now the stage is set
Where’s my Juliet, baby?
Is it maybe
My Midsummer Night’s Dream?
What’s my scene?
Clowns
My bedroom
Nantes
Ep. 1 Series 3 of BBC’s ’Sherlock’ where Sherlock bungee jumps through a window and kisses Molly Hooper.
Miss Adelaide Everheart from Early Burley Burlesque
My scene is Brunswick. I love it. It provides me with just about everything I need.
About Charlie Marshall
Our scene is in the city of Bath, a small city with a very big musical identity, we play the British festivals and I am also in the ’choirs scene’. We are also in other bands for fun, music all the way, roll on summer!
Su Hart, Baka Beyond
Cool small bars with good food, good wine, good company
The Backsliders
Country roots, old time, bluegrass, folk, Americana scene Traditional plus :)
Whitetop Mountaineers
Hot, hot lovers
Luke Monks, Gay Paris
Deep 70s disco, wonky synths, shady lyrics, fairy lights and cheap wine.