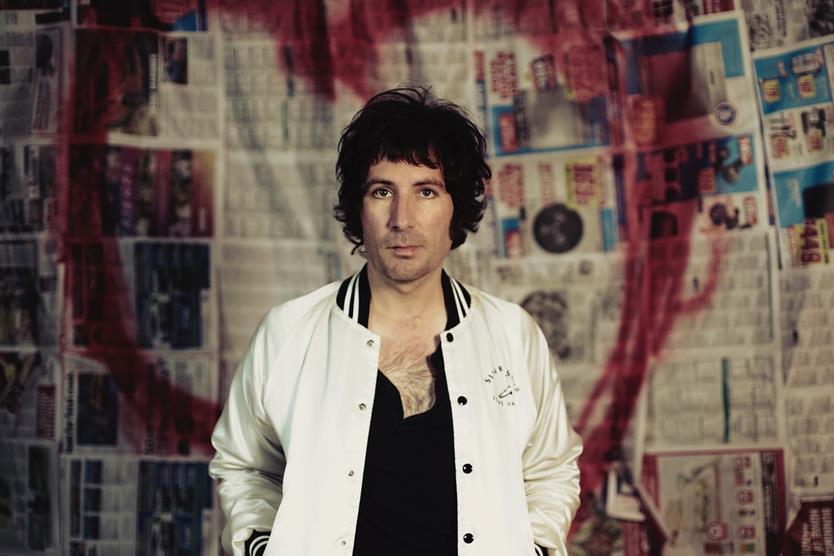 Davey Lane has released his brand new solo album Don’t Bank Your Heart On It, an LP that truly signals his arrival as a songwriter and singer to match his musical skills… and he has done so with some of his greatest musical allies from Jimmy Barnes, Todd Rundgren, Vika & Linda, Robyn Hitchcock, Stu Mackenzie of King Gizzard, his You Am I bandmate Tim Rogers and Tommy Stinson of The Replacements.

Of the writing of the album Davey muses “I envisaged it to be like a dream mixtape of some of my favourite artists but with songs I’d written myself.”

Don’t Bank Your Heart is a genre-defying masterpiece, swinging from stomping glam-rock to wondrous orchestral psych-pop, from synth instrumental I Look Inside through the cinematic pop of You Were A Mirage through to the ‘60s-tinged melodic glories of Beguile Me, Palindrome and Affection’s Walking the Wires.

As the title suggests, the lyrical theme is deeply personal, about moving on both physically and emotionally, following the arc of a relationship breaking down, through pain and guilt via subsequent heartbreak and life mistakes, questioning the validity of one’s existence, to acceptance and hope.

“For the first time I feel like I’m not just writing lyrics that feel good phonetically but I have written an record that really means something. I’m properly pouring my heart down onto tape, but not without a sense of humour at times…very important!” Davey writes.

Alongside the album Davey Lane has also released an official video for the latest track off the record, Acceptance, featuring Todd Rundgren and Vika & Linda. The clip, created and edited by none other than Lane himself features the four as floating heads through a cyber wonderland cut together with flashes of instrumentation.

Of the video and single ‘Acceptance’ Davey Lane writes “My record tracks an odd couple of years in my life – falling outta love, fallin in love again, gettin’ your heart broken, questioning your own existence as a result – all themes that are well-worn fodder for the singer-songwriter of course. A gateway from things such as these to the rest of one’s life is acceptance. Acceptance is a concept we all grapple with at times, seemingly now moreso than ever. I started writing a song about it, and since acceptance can only be grasped (for me anyhow) with the help of wiser, kinder, worldlier folk around me, I thought I’d ask three of my musical heroes to deliver the answers to the existential questions I was asking of myself at the time I was writing it. Thankfully they said yes, and it’s the utmost honour of mine to have Todd Rundgren and Vika & Linda play the wisened wizards ’n angels to my hapless fool…”

Overall Davey Lane’s latest offering ‘Don’t Bank Your Heart On It’ is a musical journey that drifts effortlessly and confidently between the atmospheric synth balladry of I’ll Swim Ashore,  heartland ‘80’s rock/pop stylings of A Clear Road, bombastic rock anthems like Never Ever Comin’ Back Again, the Beastie Boys-esque hip-hop/rock of Gotcha Money On Yr Mind to the psychedelic punk of I’ll Set U Free. And that’s just the first 5 tracks (of 13). All blending to create an album of heart-on-sleeve honesty that is as full of visceral energy as it is deep melancholy and introspection. 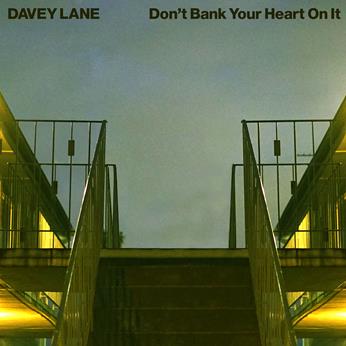 DON’T BANK YOUR HEART ON IT TRACKLIST

STATEMENT REGARDING PIXIES – COME ON PILGRIM… IT’S SURFER ROSA AUSTRALIAN TOUR 2020 MELBOURNE, AU (March 12, 2020) – We regret to announce that PIXIES will be postponing their remaining Australian tour dates. Please see the below statement from the […]

Scene News: Support Act to honour Paul Kelly at Music in the House 2016!

My scene is Brunswick. I love it. It provides me with just about everything I need.
About Charlie Marshall
Country roots, old time, bluegrass, folk, Americana scene Traditional plus :)
Whitetop Mountaineers
Currently, I’m completely enveloped by writing my book; trying to complete the manuscript for my tome.
Jeff Duff
Anyone who welcomes a hairy, gold wearing, hot air blowing idiot to a dinner table is my scene.
Henry Wagons
Hiking a 14K foot mountain in Colorado
Cole Washburn
Anywhere there is good company, great conversation, and a glass of red.
Helen Perris
Melbourne. Nowhere else is as great as Melbourne.
Brat Farrar
Currently its the Yarra River Trail I’m walking along. Generally my scene would be Melbourne. Nothing feels or compares to home.
Simon McConnell, The Delta Riggs
My bedroom
Nantes
I will continue the continuum, singing my Songline.
Kutcha Edwards
Sitting in the sun, in a nice chair, with a good book.
James Reyne
It’s Thonbury. It’s my dreaming. I’ve lived here 30 years and it’s evolved with me. The more I drink wine, the more wine bars appear in the neighbourhood. The more I eat, the more cafes appear in the neighbourhood. Fantastic.
Denise Scott, Comedian
My family, my friends, my home.
Cory Putman, Norma Jean
Bed. Pringles. Whisky. Attenborough doco. Wham.
Marlon Williams
When I’m not working in the studio or doing shows I’m at home with my partner and our baby so I guess they are my scene.
Way of the Eagle
Quirky cabaret bars that serve a mean G&T and boast a stellar cocktail list..which is why you’ll always find me returning to The Butterfly Club! I also love the buzz of a Fringe or Cabaret Festival, or a smart Opening Night. Any excuse for a dress up, really!
Amelia Ryan, Lady Liberty
I am a simple man. My scene is simple. I like playing metal and spending time with my family.
Waclaw ”Vogg” Kieltyka, Decapitated
Well these days my scene tends to revolve around my computer and being nudged by my dog to take her out for a walk. And then having my wife shout at me for spending time on my computer. I’m loving it actually. I’m quite relishing that scene. I miss them both very much.
Peter Hook, Joy Division/New Order/The Light
Going to the river on sunny afternoons with the blow up dingys and resting your beers on lily pads.
The Frowning Clouds
Our scene is folk that are interested in change. Not just music, but breaking the norm, the boundaries and stereotype of Australian ’rock/pop’ music. Unpredictable, the question marks, the new jokers in town. Don’t Believe The Haze.
Slumberhaze
Leadfinger is a very strange band, hard to define, but we are free.
Stew, Leadfinger
All the wandering. The bastards and the angels. The sound of the rain and the pains of the heart. The silence. All the houses and all the rooms. All the keys and phones.
Raised By Eagles
The car wash scene from Cool Hand Luke will do just fine thank you.
Old Gray Mule
Comedy, surreal show girls, burlesque and theatre
MC KREWD
My scene is finding any excuse to dance with my 2 year old daughter Ruby.
Matthew Hardy, Comedian
All the kids who weren’t cool at school and still aren’t. Those people who didn’t manage to become awesome artists and uber hip performers. The raggy dolls who never found a way to make their raggy doll-ness work for them.
Jonathon Duffy
Cool small bars with good food, good wine, good company
The Backsliders
Our gigs have an air of danger and sex. Beautiful women are free to express themselves and are as dangerous as hell. Everybody can have a good time ’cos there’s a lot of love in the room and we just can’t help but stomp out that primeval swamp boogie ooze.
Chris Russell’s Chicken Walk
It’s a delirium, really, but I like to live like this.
Hugo Race
The beach. Tea with gin at your grandparents house. They have the best stories.
Betty & Oswald
Deep 70s disco, wonky synths, shady lyrics, fairy lights and cheap wine.