News Ticker
In 2019, Sleeper release their first album in 21 years, The Modern Age. It wasn’t meant to happen. In fact, the band had promised each other it never would. ‘I sold my drum kit two months before we reformed,’ Andy Maclure says, ruefully. ‘It was taking up too much space in the attic. A few weeks later, Lou comes off the phone and says, ‘we’re playing to two thousand people next month, you better go and buy back those drums.”
Sleeper enjoyed huge critical and commercial success in the mid 90s: achieving 8 Top 40 singles across 3 Top 10 albums with well over 1,000,000 sales. They garnered front covers across the music press and appeared numerous times on key music shows of the era; including Top Of The Pops; an episode of which Louise Wener presented.
Together, they toured to sell-out crowds in the UK, US and Japan and played the main stages of Reading and Glastonbury. They toured with Blur, supported REM at Milton Keynes Bowl and toured the US with Elvis Costello, who later recorded a version of their top ten hit, What Do I Do Now? Their music was characterized by astute, observational lyrics and big, hook driven melodies. Wener was an iconic front-person, heading up a movement that brought women center stage in guitar music.
Sleeper split In 1998 and  walked purposely away from the limelight. Wener carved out a career as a successful novelist, publishing her auto-biography, Different for Girls in 2010. Maclure and John Stewart – Sleeper’s guitarist – both became lecturers in music studies with Stewart recently completing his PhD.
In February, 2017 Sleeper were invited to headline the Starshaped Music festival: four gigs in four cities, a celebration of all things 90s and Britpop. ‘We’d get these offers every so often,’ Wener says,  ‘and I’d always ignore them. This time I didn’t. It was a timing thing. I’d just turned 50, and someone very close to me had just become very sick. I had a powerful sense of time passing. A sudden impulse to step out of my comfort zone. Four gigs and that would be that. I just wanted to know if I could do it. “
With Kieron Pepper, previously of The Prodigy, joining on bass, Sleeper decided to play a few more dates. They followed their triumphant festival return with a sold out headline gig at Shepherd’s Bush Empire and a sold-out UK tour followed.  ‘The reaction was so joyful,’ Wener says of these dates.  ‘There was a strong sense of camaraderie in the crowd, it felt like we were all sharing a moment. Everyone in the band wanted to carry on playing  but we weren’t sure it made sense without recording new material.’
The band spent summer 2018 recording The Modern Age with their long time producer, Stephen Street –  a relationship that clicked into place again right away. They tracked live at Metway studios in their adopted city of Brighton, before decamping to Street’s studio in West London to add the finishing touches.
Initially the plan was to re-work a tranche of material from the early post-Sleeper period when the band found themselves holed up in George Michael’s North London Studio, recording demos for an unreleased album. But Wener soon decided the material needed to be brand new.
‘I wanted this album to reflect a moment in time,’ Wener says, “the songs and lyrics needed to reflect who I am now and the world we find ourselves in. First single, Look at You Now is a protest song. Initially it seems like it’s referencing our comeback, but it’s a howl for the politically homeless, in a landscape where reasoned debate has given way to vitriol. Musically we looked to fuse childhood 80s sonics with the quiet menace of a John Carpenter soundtrack.” In The Sun Also Rises, Wener offers hope and positivity after personal loss, the music combining elements of 5th Dimension and The Happy Mondays, to give the record its most uplifting moment. 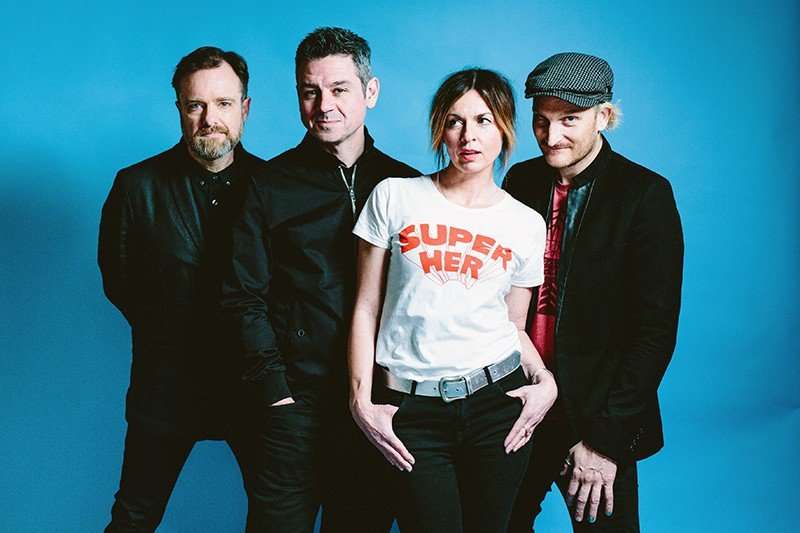 Tegan Voltaire, The Voltaire Twins
Fuck the Fucking Scene question! xo
Fuck The Fitzroy Doom Scene
Flanelette pyjama pants.
Timberwolf
Comedy, surreal show girls, burlesque and theatre
MC KREWD
I don’t wish to belong to any scene that would have me as a member (with thanks to Groucho Marx).
Bob Spencer, Raw Brit
Bed. Pringles. Whisky. Attenborough doco. Wham.
Marlon Williams
All of the above and more in my shed every Friday night
Hound
Our scene is this big gorgeous wide world we live in all its majestic splendour!
Kim Salmon, The Darling Downs
Well I’m still looking for my scene, and I think I might have found it. Between the pages of What’s My Scene Magazine.
Dave Faulkner, Hoodoo Gurus
I will continue the continuum, singing my Songline.
Kutcha Edwards
Beer, riffs, good people, good food and new adventures, anywhere those things exist, that’s my scene!
Andy, Don Fernando
Any scene with Al Swearangen & Mr. Wu from the show Deadwood ;)
Mathas
If you’re a Max Chillington then you’re our scene.
Gunslingers
Hiking a 14K foot mountain in Colorado
Cole Washburn
Tunes, mates, and honesty. No dickhead policy!
Buddha In A Chocolate Box
What’s my scene? well…
And another thing I’ve been wondering lately
Oh, baby,
Tell me where have you been?
Now the stage is set
Where’s my Juliet, baby?
Is it maybe
My Midsummer Night’s Dream?
What’s my scene?
Clowns
Cool venues with good beer on tap that don’t mind us getting loud and getting room grooving so hard you feel the floor shaking.
Papa G and The Starcats
Country roots, old time, bluegrass, folk, Americana scene Traditional plus :)
Whitetop Mountaineers
My scene is driving fast cars and shooting guns.
Ace Frehley
I am a simple man. My scene is simple. I like playing metal and spending time with my family.
Waclaw ”Vogg” Kieltyka, Decapitated
The dog park’s pretty good. I have a couple of miniature pinchers. And they’re the loves of my life. I take them for walks to the dog park; I’ve got a Harley Davidson I ride around. It’s not too exciting. It used to be sex, drugs and rock n roll; now I walk my dogs.
Stan Lee, The Dickies
My scene is a Punk-hardcore scene or an underground, minimal electronic scene, something grungy – where everyone is wearing black. That’s my vibe; don’t go out until 11 when all the other vampires come out and go home when the sun comes up at 7. Oh shit. Creatures of the night.
Greg Puciato, Killer Be Killed & Dillinger Escape Plan
Staying home out of harms way.
Peter Milley, Cairo Club Orchestra
“Malcolm Hill is a lifetime member of the Melbourne Music Mafia and part of the ratpack of post punk Melbourne artists who have been keepin’ it real across diverse art forms for thirty years.”
Malcolm Hill
All the kids who weren’t cool at school and still aren’t. Those people who didn’t manage to become awesome artists and uber hip performers. The raggy dolls who never found a way to make their raggy doll-ness work for them.
Jonathon Duffy
Our scene is folk that are interested in change. Not just music, but breaking the norm, the boundaries and stereotype of Australian ’rock/pop’ music. Unpredictable, the question marks, the new jokers in town. Don’t Believe The Haze.
Slumberhaze
Right now it’s a room with no lights on. An unmade bed. A laptop with 9% battery and a mosquito that just refuses to die.
Dave Larkin, Dallas Crane
The TV show “Full House
World Wild
Cool small bars with good food, good wine, good company
The Backsliders
The car wash scene from Cool Hand Luke will do just fine thank you.
Old Gray Mule
That’s a hard one, although I do love anything electronic with an indie-pop feel!
Franki
My bedroom
Nantes
I like to think that I belong to the head-strong Independent Music Scene – where we – musos and audience and everyone in between – all make gigs/tours, recordings, releases happen for ourselves and work our arses off to keep it going for the rest of our lives – all for the love of Music!
Florelie Escano
When I’m not working in the studio or doing shows I’m at home with my partner and our baby so I guess they are my scene.
Way of the Eagle
Sitting in the sun, in a nice chair, with a good book.
James Reyne
It’s a delirium, really, but I like to live like this.
Hugo Race