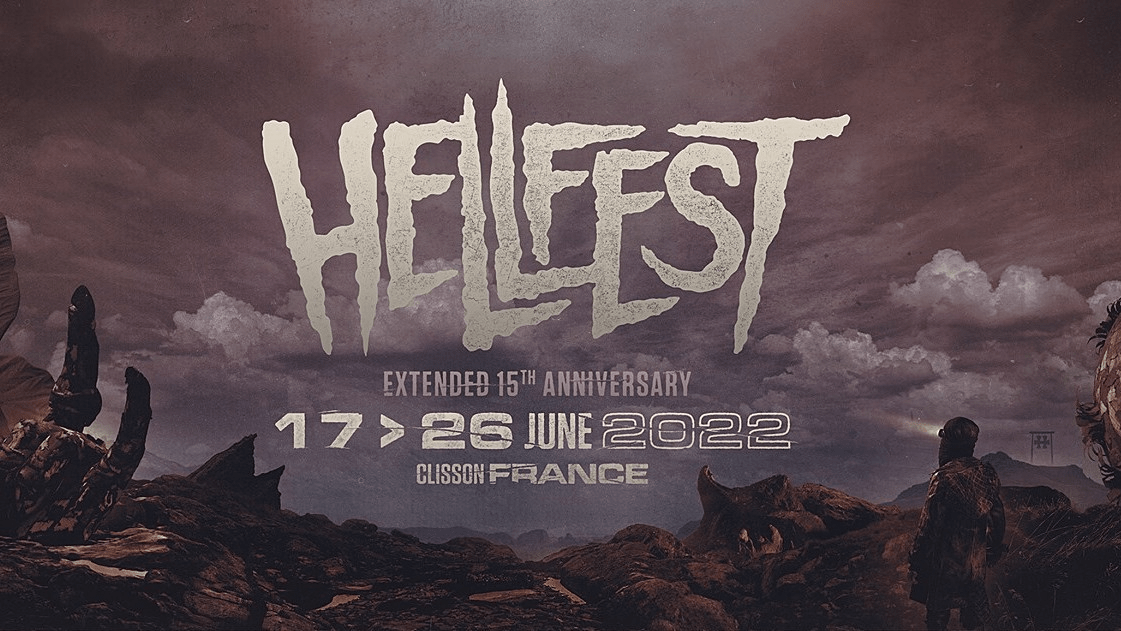 HELLFEST announced the almost complete line-up for their 15th anniversary edition and set the bar high with an XXL line-up shaking the grounds of Clisson, France, from June 17th to June 26th in 2022.

NUCLEAR BLAST is proud to announce that not less than 36 bands from the label roster are under the high-class selection of well-known artists and underground heroes!

Jerome Riera, head of label Europe, comments:
“It’s difficult to find the words to describe what the HELLFEST team achieved this year with such a line-up. And for NB it’s just incredible – can you imagine 36 bands from the same label playing at one festival?
2022 will be the 35-years-anniversary of Nuclear Blast, and as an official partner of the festival, we are proud to bring a hell of a party coinciding with the celebration of 15 years of HELLFEST.” 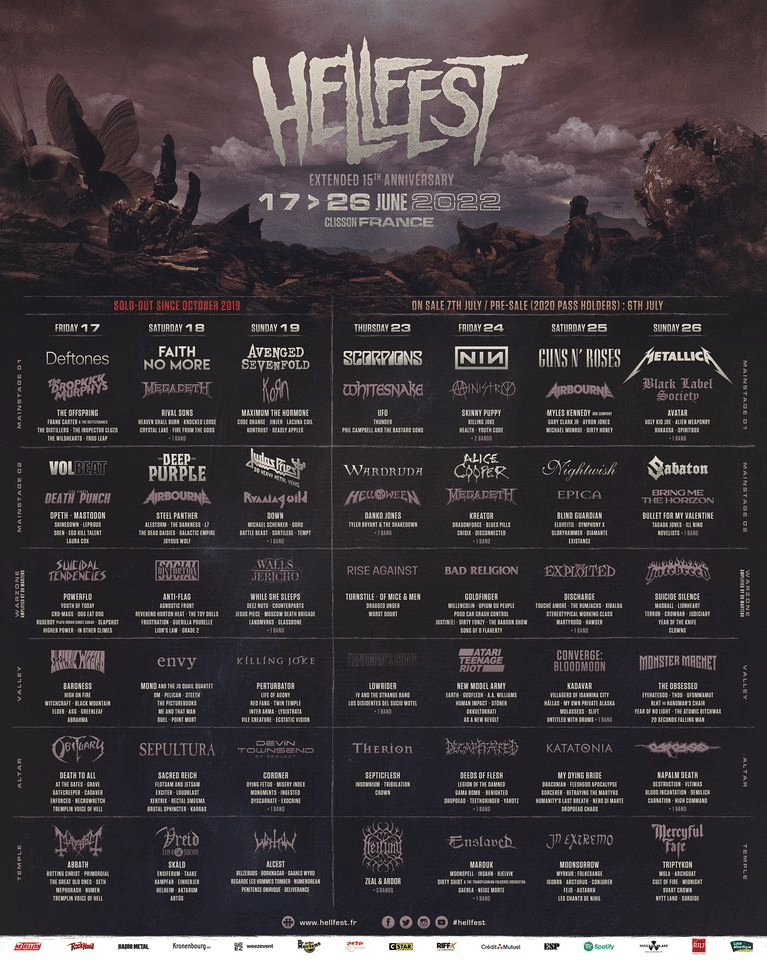 About Mary Boukouvalas 1362 Articles
Mary is a photographer and a writer, specialising in music. She runs Rocklust.com where she endeavours to capture the passion of music in her photos whether it's live music photography, promotional band photos or portraits. She has photographed The Rolling Stones, KISS, Iggy Pop, AC/DC, Patti Smith, Joe Strummer, PULP, The Cult, The Damned, The Cure, Ian Brown, Interpol, MUDHONEY, The MELVINS, The Living End, Foo Fighters, Smashing Pumpkins, Rage Against The Machine, The Stone Roses –just to name a few - in Australia, USA, Europe and the Middle East. Her work has been published in Beat magazine, Rolling Stone magazine, Triple J magazine, The Age Newspaper, The Herald Sun, The Australian, Neos Kosmos, blistering.com, theaureview.com, noise11.com, music-news.com. She has a permanent photographic exhibition at The Corner Hotel in Richmond, Victoria Australia.
Website Facebook Twitter YouTube

Well I’m still looking for my scene, and I think I might have found it. Between the pages of What’s My Scene Magazine.
Dave Faulkner, Hoodoo Gurus
Flanelette pyjama pants.
Timberwolf
I will continue the continuum, singing my Songline.
Kutcha Edwards

Act III, Scene VI of King Lear. A tense and gripping scene wherein the ageing king informs his three daughters that they have all been accepted as contestants on Family Feud.
Ben Pobjie, comedian
Our scene is folk that are interested in change. Not just music, but breaking the norm, the boundaries and stereotype of Australian ’rock/pop’ music. Unpredictable, the question marks, the new jokers in town. Don’t Believe The Haze.
Slumberhaze

Leadfinger is a very strange band, hard to define, but we are free.
Stew, Leadfinger
The car wash scene from Cool Hand Luke will do just fine thank you.
Old Gray Mule
Our scene is in the city of Bath, a small city with a very big musical identity, we play the British festivals and I am also in the ’choirs scene’. We are also in other bands for fun, music all the way, roll on summer!
Su Hart, Baka Beyond

Tunes, mates, and honesty. No dickhead policy!
Buddha In A Chocolate Box
I love being on a little boat near home in South West Victoria with a fishing line in the water, the Sun coming up or going down. I also love walking the streets of Melbourne or Manhattan or many of the beautiful towns and villages of Ireland or anywhere. My partner and my family are central to it all. I also love being in the midst of a great music session, anywhere, anytime, being transported into the soul of the Universe.
Shane Howard
Right now it’s a room with no lights on. An unmade bed. A laptop with 9% battery and a mosquito that just refuses to die.
Dave Larkin, Dallas Crane
Hot, hot lovers
Luke Monks, Gay Paris

When I’m not working in the studio or doing shows I’m at home with my partner and our baby so I guess they are my scene.
Way of the Eagle
My scene is Brunswick. I love it. It provides me with just about everything I need.
About Charlie Marshall

My scene is driving fast cars and shooting guns.
Ace Frehley
Rock’n’Roll
About Heels on Decks

I like to think that I belong to the head-strong Independent Music Scene – where we – musos and audience and everyone in between – all make gigs/tours, recordings, releases happen for ourselves and work our arses off to keep it going for the rest of our lives – all for the love of Music!
Florelie Escano
Well these days my scene tends to revolve around my computer and being nudged by my dog to take her out for a walk. And then having my wife shout at me for spending time on my computer. I’m loving it actually. I’m quite relishing that scene. I miss them both very much.
Peter Hook, Joy Division/New Order/The Light