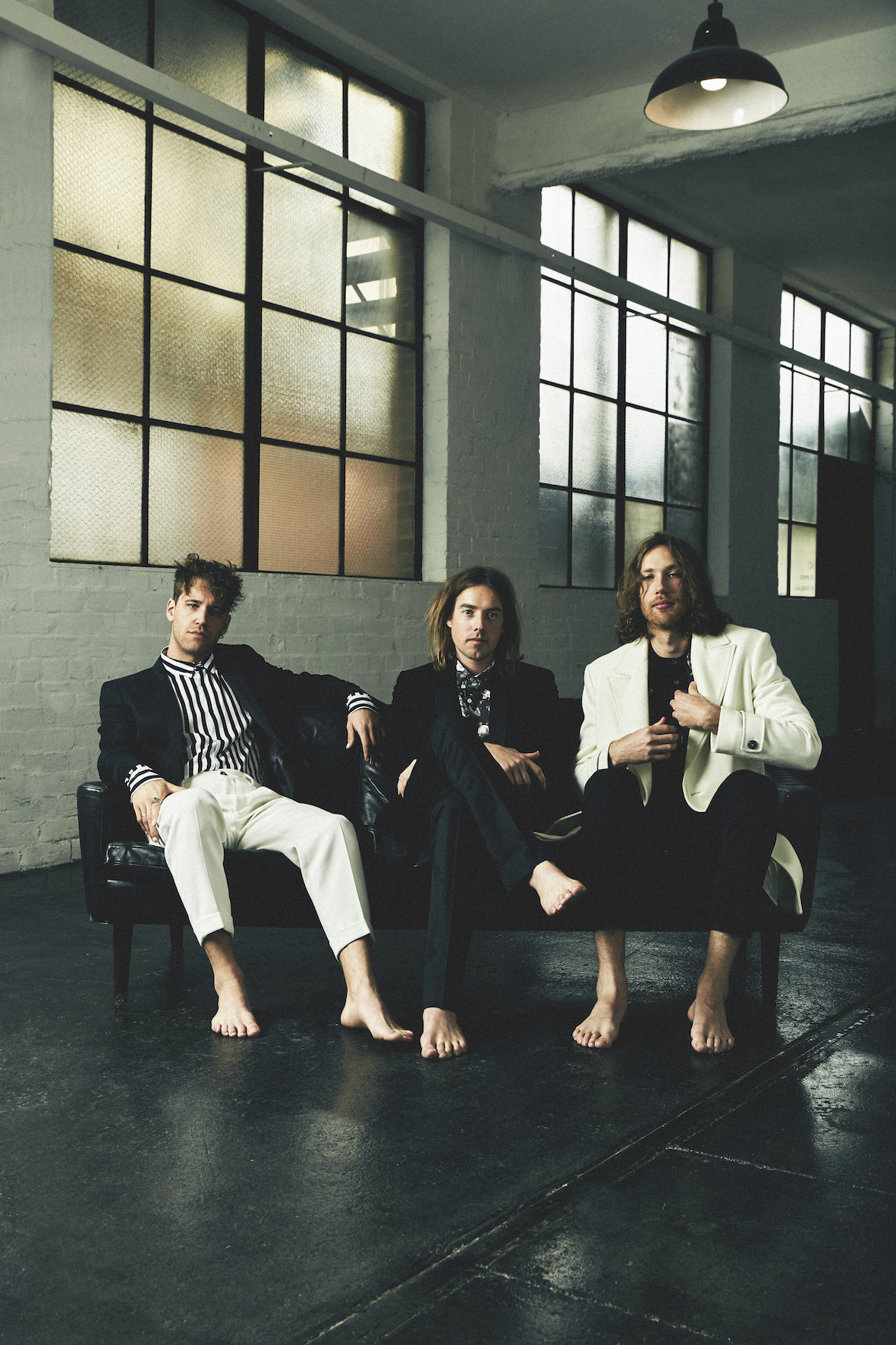 Crooked Colours have today released their second album Langata, an atmospheric new world overflowing with addictive beats and soft, hook-laden vocals. Featuring singles I’ll Be There, Do It Like You, Hold On, and the latest fan favourite Never Dance Alone featuring Ladyhawke, Langata is sure to impress from start to finish.

After a hugely successful run alongside massive acts Billie Eilish, MØand Nick Murphy at Groovin’ The Moo, Crooked Colours are about to embark on an epic national headline tour to celebrate Langata, hitting up Fremantle, Brisbane, Coolangatta, Sydney, Melbourne, Canberra, Wollongong and wrapping up in Newcastle on June 9.With the first Forum Theatre show in Melbourne quickly selling out, and the second show not far behind, fans would be smart to snap up tickets to the Langata tour as soon as possible.

Joining Crooked Colours on the headline dates will be fellow triple j faves Nyxen and Kayex.

Latest single Never Dance Alone featuring pop royalty Ladyhawke is meditative, yet will position itself permanently in the back of the listener’s mind.Sweet, slow synthesisers stretch across gentle yet driving beats, and the two vocals sit perfectly alongside each other.

Speaking on how the single came together, Philip Slabber explains, “Never Dance Alone was one of those tracks that worked from the start and grew into something very special.I was initially singing both parts in different registers and then we came up with the idea to turn it into a call and response track. Ladyhawke was available and her voice worked perfectly.This is the only feature off our upcoming album and we couldn’t be happier to have Pip on the record.”

The world that Crooked Colours have created onLangatais deep, hypnotic, and often breathtakingly beautiful.The singles are highlights, but there is so much more to this record.The entire album is a journey from start to finish; one which presents new sonic intricacies with each repeated listen.Written, recorded, and produced entirely byCrooked Colours, and mixed byTim WattsandDavid Wrench(Frank Ocean, The XX, Caribou, FKA twigs),Langatacontains multitudes and is a masterclass in the ecstatic simplicity of electronic dance music.

Speaking about the album, Phil says,“For many acts, the sophomore record is a very daunting task to face and we tried to approach it with as much calm and open-mindedness as possible.Fortunately for us, we were faced with a period of time spent extensively travelling and experiencing environments that helped us a lot creatively.The nameLangatacomes from a district in Nairobi that we spent some time and encapsulated that creative process most accurately.It was the first time that everything clicked and we knew what the direction of the project would be. We’re very proud of the work and we can’t wait for you to take a listen.”

After taking Australia by storm with their ambitious and impressive new live show,Crooked Colours will be heading overseas to perform at some of the hottest festivals in the world, including Bonnaroo and Firefly festivals, plus their own headline shows throughout September and October.Thrilled to be hitting the road, Leon De Baughn enthuses, “Being on the road and seeing new places was a huge inspiration for us with this new record.Being able to take sound bites from different places we visited paved the way for the songs to develop and grow into what they finally became on the album.”

Crooked Colours have established themselves as one of the hottest rising acts with the debutVera.Now they are on track to become one of our biggest electronic exports with thissuperb sophomore release.

Tell us about your new single ‘Talk About Us’… ‘Talk About Us’ is about trying to reach out to someone in your life who has become emotionally unavailable; when the silence between two people is […]

Tell us about your new single ‘Love N Trust’? The song LOVE N’ TRUST started off with just a simple vocal hook “ love… trust “ and evolved into a story about a long term […]

Tegan Voltaire, The Voltaire Twins
It’s Thonbury. It’s my dreaming. I’ve lived here 30 years and it’s evolved with me. The more I drink wine, the more wine bars appear in the neighbourhood. The more I eat, the more cafes appear in the neighbourhood. Fantastic.
Denise Scott, Comedian
Well these days my scene tends to revolve around my computer and being nudged by my dog to take her out for a walk. And then having my wife shout at me for spending time on my computer. I’m loving it actually. I’m quite relishing that scene. I miss them both very much.
Peter Hook, Joy Division/New Order/The Light
The dog park’s pretty good. I have a couple of miniature pinchers. And they’re the loves of my life. I take them for walks to the dog park; I’ve got a Harley Davidson I ride around. It’s not too exciting. It used to be sex, drugs and rock n roll; now I walk my dogs.
Stan Lee, The Dickies
My scene is Brunswick. I love it. It provides me with just about everything I need.
About Charlie Marshall
Melbourne. Nowhere else is as great as Melbourne.
Brat Farrar
I don’t wish to belong to any scene that would have me as a member (with thanks to Groucho Marx).
Bob Spencer, Raw Brit
Our scene is folk that are interested in change. Not just music, but breaking the norm, the boundaries and stereotype of Australian ’rock/pop’ music. Unpredictable, the question marks, the new jokers in town. Don’t Believe The Haze.
Slumberhaze
My scene is finding any excuse to dance with my 2 year old daughter Ruby.
Matthew Hardy, Comedian