Fresh from their recent four week European Tour, bassist Ryan Kemp and guitarist Jonny Driver from local rock band Don Fernando, going strong since 2006, discuss their new album “Haunted by Humans” best described as “a crazy stoner rock three headed beast” by the band. They also show What’s My Scene how to make an impressive Mortadella Sandwich, which they first devoured whilst on tour in San Paulo in Brazil. Check it out here:

1. Slice your roll in 2 and spread some mustard on the top half. A generous amount will cut the fat from the meat nicely.

1. Separate mortadella into 4 stacks of about 100 grams each.

2. On a medium heat, fry the mortadella stacks on each side until lightly browned.

3. Layer the stacks onto the bottom half of the bread, folding in the sides of the mortadella a little if needed. A little overhang is good, it’s a messy sandwich.

4. With the pan off the stove and using the small amount of heat left in it, quickly fry the cheese on both sides. This will take 20 seconds at most providing the cheese is thick. You don’t want to melt it too much so that it’s all runny and hard to handle. Just enough to melt the outside. The heat from the mortadella will do the rest.

5. Place the cheese on top of the mortadella and put the top of the roll on. 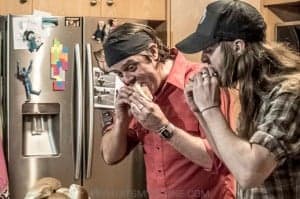 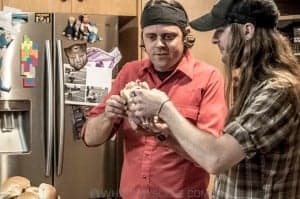 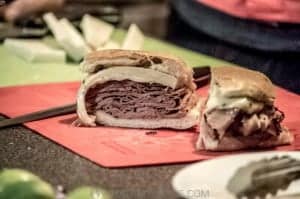 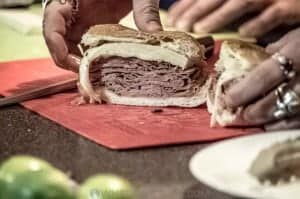 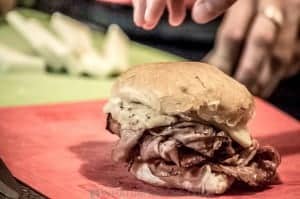 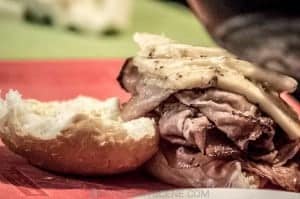 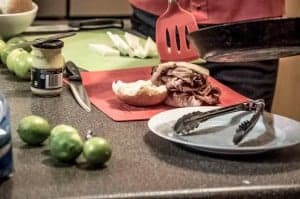 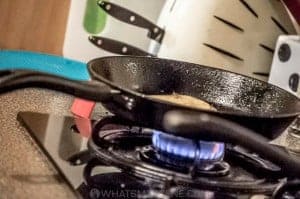 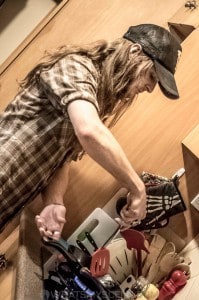 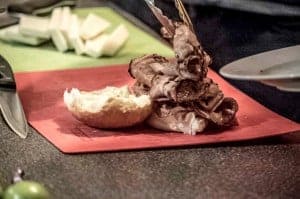 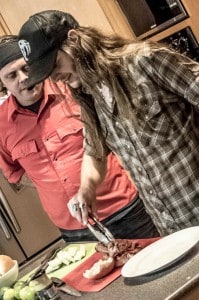 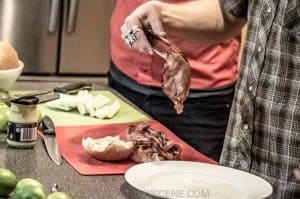 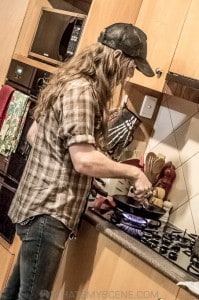 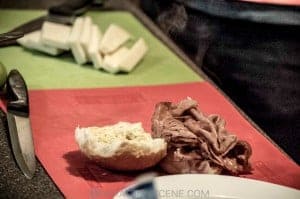 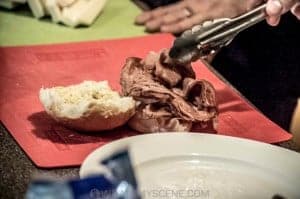 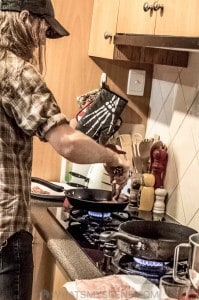 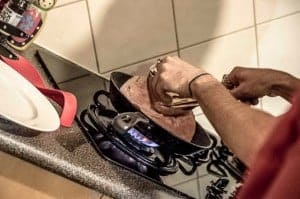 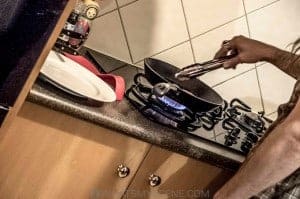 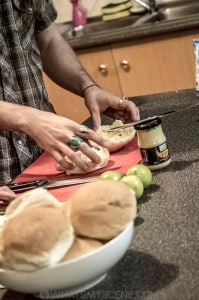 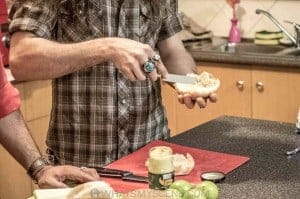 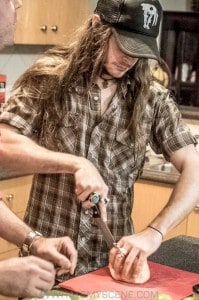 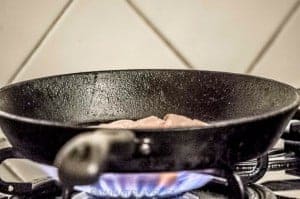 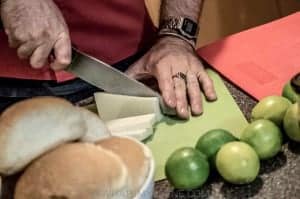 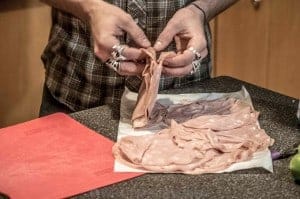 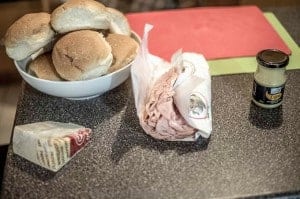 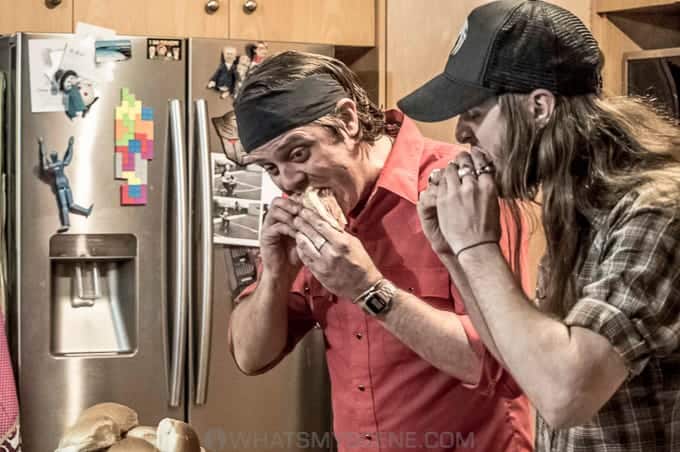 This Queens Birthday Long Weekender the generator party heads indoors to Yah Yah’s! Don Fernando are back from their run of shows through Europe and England, and want to give you a taste of the […]

Currently, I’m completely enveloped by writing my book; trying to complete the manuscript for my tome.
Jeff Duff
Alice likes the Google. Sime likes taxidermy. It’s a pretty happening scene.
Sweet Jean
When I’m not working in the studio or doing shows I’m at home with my partner and our baby so I guess they are my scene.
Way of the Eagle
Right now it’s a room with no lights on. An unmade bed. A laptop with 9% battery and a mosquito that just refuses to die.
Dave Larkin, Dallas Crane
That’s a hard one, although I do love anything electronic with an indie-pop feel!
Franki
I like to think that I belong to the head-strong Independent Music Scene – where we – musos and audience and everyone in between – all make gigs/tours, recordings, releases happen for ourselves and work our arses off to keep it going for the rest of our lives – all for the love of Music!
Florelie Escano
Art is my scene. No labels, restrictions or judgement. I love art in all it’s varied glory.
The Last 5 Queers
The TV show “Full House
World Wild
Wherever there is music is where I feel most at home
Toby Robinson
Our scene is folk that are interested in change. Not just music, but breaking the norm, the boundaries and stereotype of Australian ’rock/pop’ music. Unpredictable, the question marks, the new jokers in town. Don’t Believe The Haze.
Slumberhaze
Scones, savory, sweet I don’t mind
The Wooden Sky
Bed. Pringles. Whisky. Attenborough doco. Wham.
Marlon Williams
Leadfinger is a very strange band, hard to define, but we are free.
Stew, Leadfinger
Local bands at sticky carpet venues. Vinyl. Social networking. Keeping healthy in order to play full throttle live sets. Loud rehearsals. Good people with creative ideas. PRIMITIVE ROCK.
Jon S Williams of City of Cool
The car wash scene from Cool Hand Luke will do just fine thank you.
Old Gray Mule
I will continue the continuum, singing my Songline.
Kutcha Edwards
Yass KFC
Simon, Loon Lake
My scene is a Punk-hardcore scene or an underground, minimal electronic scene, something grungy – where everyone is wearing black. That’s my vibe; don’t go out until 11 when all the other vampires come out and go home when the sun comes up at 7. Oh shit. Creatures of the night.
Greg Puciato, Killer Be Killed & Dillinger Escape Plan
Deep 70s disco, wonky synths, shady lyrics, fairy lights and cheap wine.